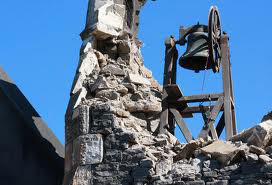 Full lists of the 95 participating churches and 56 interviewees are gratefully included here:

"As we have journeyed together through the stages of disaster recovery, it has been an inspiration to see the churches in Christchurch rise above the politics, blame and criticism common in post-disaster communities. They are managing, despite difficulties, to come together and be the Church."
Ngaire Button, former Christchurch Deputy Mayor